It is highly likely you will see posts and shots that are of this very scene from 2 other perspectives. Those being Stef and Brennan. You all should also encourage Brenna to get on the train and join us in our Flickr/Blogging shenanigans. We were sitting around talking late one night (when aren’t we lately?) and we decided we needed to do a group shot. We settled on using this one for right now but there are two more planned in the future. The idea originated in our minds as a sort of The Breakfast Club type thing and while my first 15 shots we’re with a much lighter windlight, as I’ve heard their photos are, I decided to try one that was a bit darker. It kind of gave me that Chilling Adventures of Sabrina vibe albeit without witches, warlocks, and demons of course.

Obviously the goal was to showcase our more rebellious high school selves. I think it worked out quite well if I do say so myself. I can’t even claim much credit outside of dressing myself and hitting up the “Did You Miss Class Today?” gacha from K&S Poses. Sure it took me a few tries to get what I needed but it literally made the scene for us. The girls did their thing and got into the spirit and well us guys just kind of put on whatever. Alright fine, fine, Brennan actually went all in on the high school feel and for that I must give him his due. I chose to be the more um rebel type which kind of fits me anyway so what the hell.

It’s always fun to do collaborations with other bloggers at least for me. I like seeing the way other people view the same scene that I do. It’s kind of amazing to see how many different perspectives you get when it’s all finished. Whether it be different angles, the zillion different windlight choices one could make, or a combination of everything no two pictures truly end up the same.

Then you get into the editing and make your choices in that area. I haven’t really seen what the others shot yet, but I can bet it’s not identical and that’s the joy of it. Expect more of these in the future. We’ve got at least the two others planned as of right now. They’ll be different of course but I think it’ll end up being quite fun when we get them finished.

Now I’ve gotta get my ass moving because I have deadlines to meet and other stuff that must get done on top of that. So expect some more posting soon provided I don’t get super slowed down again or something. There’s a fair chance that happens. Definitely one more coming in the next day or two, I promise. Check those credits below and on the other’s posts (I’ll link them once they’re posted) and rock out to some Hinder. -L 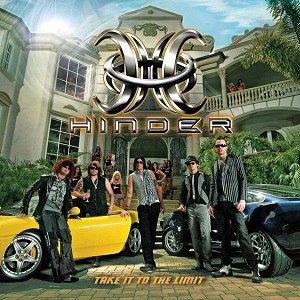 ~Brennan~
These Conversations Kill – Take Me Away